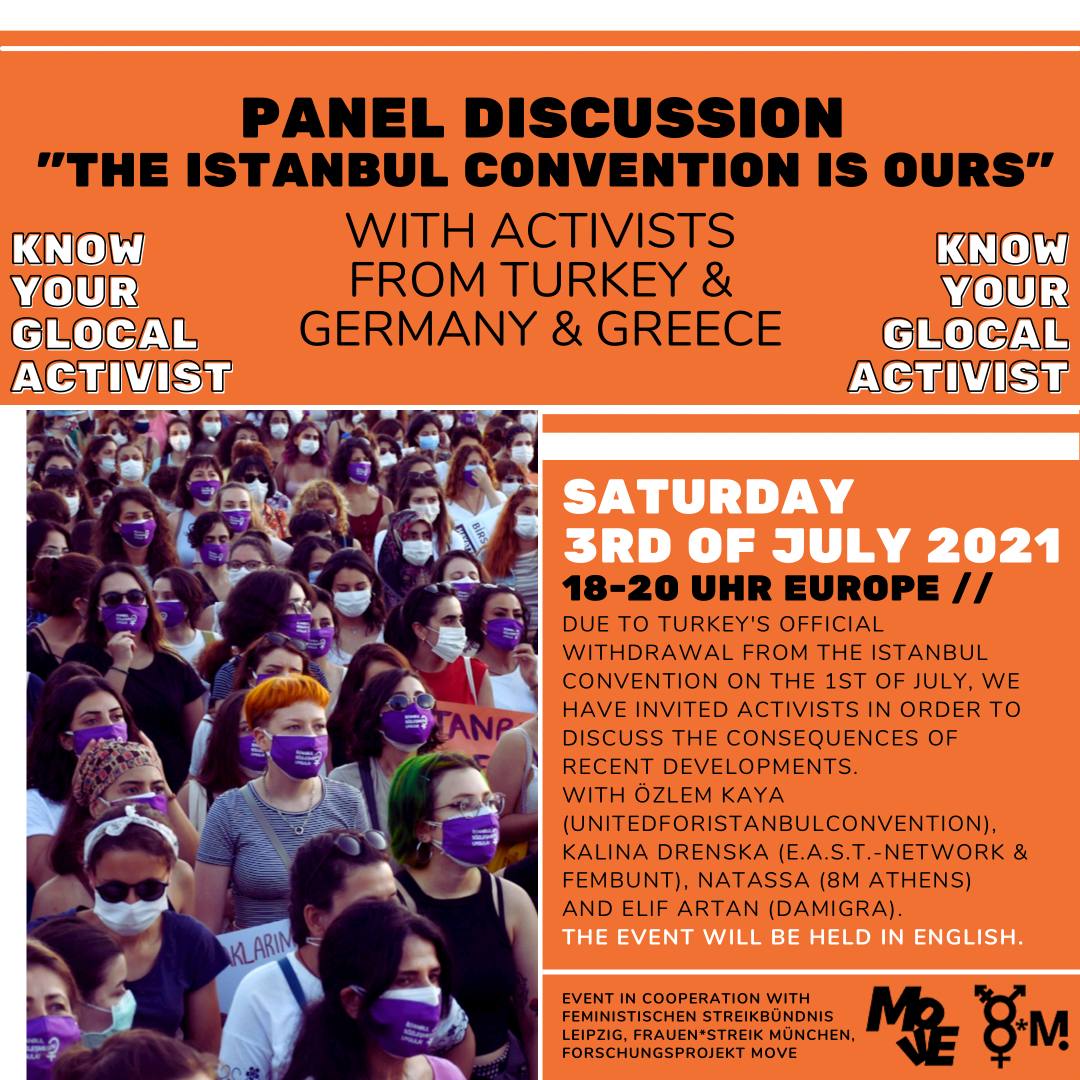 Due to Turkey’s official withdrawal from the Istanbul Convention on July 1st, we have invited three activists in order to discuss the consequences of the recent developments. Özlem Kaya from UnitedforIstanbulConvention will be joining us to give us a run down of the recent events, as well as the feminist struggles and protests taking place in Turkey. Also with us will be Kalina Denska from E.A.S.T. Network and FemBunt, who along with the situation of LGBTQI+ communities in Bulgaria, will also be talking about her activism among the diaspora in Berlin. In doing so, she will give some impetus for a transnational feminist networking. Furthermore, Natassa from the 8th of March Assembly Athens will give us a perspective of the situation in Greece as well as the current discussion regarding femicides. Finally, Elif Artan from DaMigra will be reflecting upon the positioning of Germany and other EU-States after Turkeys withdrawal from the Istanbul Convention. By this she will be introducing the  work of the Bündnis Istanbul-Konvention.

The event is a reflection upon the international action day “Stop The Patriachal Attack”. This day, on July 1st queerfeminist initiatives in Europe are joining the resistance of turkish Feminists by a variety of actions and stand in transnational solidarity against Turkeys withdrawal from the Istanbul Convention. Subsequently to this day of action we’re inviting you to an exchange of experiences in order to think through and bring about future translocal strategies against the right-wing, authoritarian and patriarchal attacks on the freedom of women and LGBTQI+ communities.

The link will be published shortly before the event on the facebook page of the Feminist Strike Leipzig and on the homepage of the MovE Project.

The event will take place online and in English (without interpretation).